Research by psychology professor Dr. Benjamin Rosenberg examining the “pandemic rebellion” will be among the topics Dominican University of California students will be addressing in his classes this fall, including a Health and Motivation Lab devoted primarily to studying reactance theory.

Freedom, Covid-19, and Resistance To Public Health Orders was published last spring on the website of the International Society for the Science of Existential Psychology.

“Perhaps the broadest point I was trying to make is that simply delivering people accurate information about a behavior – like wearing a mask or getting vaccinated – is often not sufficient; people aren't always rational actors. Other stuff, aside from having accurate information, influences people's behavior – like who is around them, their current state of mind, or how much they value freedom,” Rosenberg says.

“Although doctors', nurses', and public health folks' insight throughout this pandemic has been essential, there has been gross oversight of the expertise that many others have in explaining human behavior. Consulting more social scientists would not have ended the pandemic, but I truly believe it could have changed the trajectory by, say, crafting more effective or targeted messages and turning down the volume on some of the political rhetoric.”

Rosenberg was recruited to write the ISSEP article by Dr. Kenneth A. Vail of Cleveland State University, who edited a chapter for a book that Rosenberg and his colleague, Dr. Jason Siegel of Claremont Graduate University, authored that examined religion and religious adherence through the lens of psychological reactance theory.

“The issues that I discuss in that chapter – freedom, reactance, and the pandemic – have been on my mind since March 2020,” Rosenberg says. “It was a major missed opportunity, in my opinion, to increase the efficacy of the local, state, and federal pandemic response has been the exclusion of people who have expertise in things like persuasion, behavior change, and social influence. In other words, people like me, but much smarter. So, while ISSEP's invitation motivated this article specifically, these are issues I have been considering for well over a year.”

DOMINICAN UNDERGRADUATE MAJORS AND PROGRAMS
In the ISSEP article, Rosenberg said he drew heavily on the original reactance theory work from 1966, but also on more recent papers by well-known scholars such as Claude Miller of the University of Oklahoma and Brian Quick of the University of Illinois. The Dominican professor also referenced a paper he and Dr. Siegel published in 2018 before he joined the University's psychology department in the School of  Liberal Arts and Education.

“In that paper, we reviewed over 50 years of research on reactance theory and outlined a research agenda for scholars going forward,” Rosenberg says. “I also referred to another review that was published in 2020, wherein we discussed counterintuitive ways to combat reactance arousal. That paper is super relevant because the strategies we outlined could have been used to help some of the COVID-related messaging be more effective.”

Rosenberg, who received his BA in psychology from the University of Colorado in Boulder and his MA and PhD in applied social psychology from Claremont Graduate University, said he plans to discuss his ISSEP article plus blogs he wrote over the summer for the Society for Personality and Social Psychology and Psychology Today this fall semester as he works on designing some new reactance studies. He will incorporate this as well into his courses in health psychology and the psychology of motivation and emotion.

In addition to contributing to a regular blog for Psychology Today and a podcast called “Head Games,” Rosenberg has lent his expertise on scientific strategies to a Forge article entitled “How to Give Yourself a Pep Talk” about research showing that self-talk has a positive effect on self-confidence and self-efficacy. Rosenberg’s research extends from research methods and statistics to survey design to health behavior and messaging focused on the restriction of behavioral freedom. In November of 2019, he was featured in a Parade magazine article on vaping about the psychological risks of flavored vapes. As a graduate PhD student Rosenberg worked on a federally-funded research grant focused on evaluating the effectiveness of the National Youth Anti-Drug Media Campaign, which featured a series of ads targeting kids’ drug use. 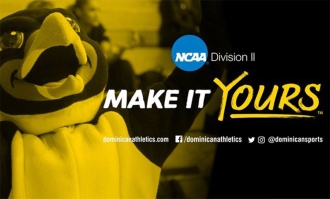