Kelsey Lardner’s experience as a Biological Sciences major and volleyball player at Dominican served her so well that she went on to earn her doctorate in Physical Therapy and began her new job this week at a PT clinic in Nevada City.

Named as the No. 1 graduate in her cohort at the doctoral hooding ceremony at Dominican College in New York, Kelsey relied on the attention to detail and support she received in San Rafael to set her up for success in the PT field.

“The biggest thing was accountability,” says Kelsey, who earned her undergraduate degree in 2014 and last week passed her PT board exam. “At a small school like Dominican, if you are not showing up or performing well people take notice."

Kelsey took notice of Dominican early when she traveled with her family to Conlan Center to watch her cousins, Taylor Clinton ’04 and sister Ashley Clinton ’05, play basketball for the Penguins. Kelsey was recruited out of Placer High School to play volleyball at Dominican.

On the court, Kelsey, a four-time member of the Pacific West Conference All-Academic team, graduated from Dominican as the school’s career assist leader in its NCAA Division II era. She was named Female Student-Athlete of the Year her senior year.

“I had played volleyball for 13 years so for it to kind of end the best possible way it could that was a huge deal for me. I really couldn’t have asked for anything better,” Kelsey says. “Being an athlete at DUC taught me to embrace challenges and hard work, which was invaluable in grad school.”

Coaches and administrators in the Athletics Department and the Department of Natural Sciences and Mathematics helped guide her and connect her to part-time jobs and internships, including her first one at Mill Valley Physical Therapy and Sports Medicine. It was her setbacks -- fractured wrist and assorted injuries -- along with her successes that steered Kelsey toward a PT career.

“Having to do rehab at different levels I figured out that I wanted to help people get back to doing what they do, too,” Kelsey says. “There’s no better feeling than to get back on the court and perform again. Having gone through it personally, PT was a good fit for me.”

After graduating, Kelsey took a couple of classes at Sacramento City College while preparing for grad school and then chose to go across the country to chase her PT dream.

“It was kind of just chance. I knew I had a great experience at Dominican in California so I figured why not apply to the one in New York and see where it went,” Kelsey says.

Kelsey’s dedication and focus in grad school was recognized by faculty who voted her the most outstanding student in their class.

“It meant a lot. I have put so much time and effort into this, but I kind of do it silently. I don’t look for a lot of recognition,” she says. “I just do what I came to do.”

Which, for the first time since middle school, did not involve being an athlete. Kelsey adjusted. Once she completed her course work, she started clinicals, working with outpatients at a sports medicine facility in New Jersey. At graduation, Kelsey received the Sister Beryl Herdt Award given to the individual who demonstrates the highest degree of integrity as a DPT student and the Overall Achievement Award presented to the student who exemplifies a combination of strong academic performance, a profound commitment to the profession, and being a positive role model both inside and outside of the classroom.

“When I was awarded the Overall Achievement Award that is when our program director announced that I was graduating with the highest GPA in my class,” Kelsey says. “I was on cloud nine at that moment.”

This week, Kelsey started work at Anderson Physical Therapy and Sports Medicine, an outpatient orthopedic clinic in Nevada not far from her hometown in California.

“One of the biggest draws for me to this company,” Kelsey says, “is that they have an interest in sports medicine and rehabilitation, which is an area of physical therapy that I would love to grow into and work in after gaining my footing as a new grad PT.”

Kelsey says the new job will also give her an opportunity to help coach volleyball at her high school alma mater.

“I played all sports middle school through high school and then became a student-athlete at Dominican,” Kelsey says. “My time at Dominican, both on the court and in the classroom, helped lay the foundation I needed to be successful in the next phase of my life, which for me was grad school. That foundation allowed me to continue to build and to achieve my goal of becoming a licensed DPT, and I know will continue to help me grow as a professional as I begin my career." 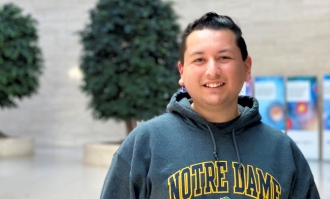 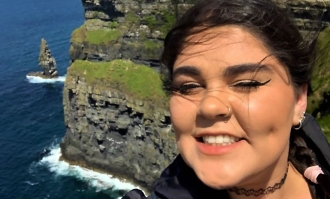 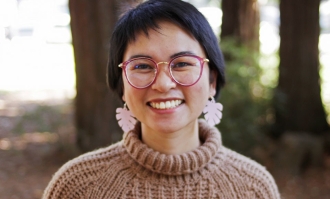