As an undergraduate, Keara Teeter ’12 spent hours meticulously classifying and sorting microscopic invertebrates in Dominican University of California's marine ecology lab. The work, as it would turn out, prepared her well for a career protecting and preserving valuable works of art.

“Considering the many social justice issues we are facing today, Johnson’s work remains very relevant, and it is amazing to be involved with this project,” says Keara, who on November 5 will discuss her work as part of SAAM’s "Converse with a Conservator" webinar series.

Keara was born in California but later moved to Oregon where she attended La Salle High School in Milwaukie. Interested in returning to Northern California for college, she toured Dominican during a campus visit day. She knew almost immediately that this was the place for her — the campus and the miles of hiking trails around campus were beautiful, the faculty were engaging, and she was intrigued by the opportunities available in the soon-to-open Science Center.

Keara initially enrolled as an undeclared major, unable to choose between majoring in science or art. By her second semester, she knew that settling for one was not an option. “I was enrolled in an art class, which I loved, but I missed science. I missed the lectures and the hands-on aspect of lab work,” she says. “I wasn’t thinking about my future career, I just knew that double majoring in science and art was what I wanted to do.”

In the summer of 2009, she was introduced to the concept of art conservation while researching the topic as part of an assignment. She found the field so fascinating that after the assignment was completed, she independently began scheduling informational interviews and studio tours with local conservators. At that time, she quickly realized this was the career she had been searching for.

“As I was doing my research for the speech assignment, everything suddenly just clicked into place. I realized that art conservation was perfect for me. I knew that this was what my career path would be — this blend of art and science.”

In order to be competitive for graduate school, Keara added minors in chemistry and art history. Despite a busy schedule, which also included internships in both disciplines, Keara found time for another interest. A long-time cross country runner, she was a member of the University’s inaugural cross country team. In 2010, she was Dominican's top runner in five of six meets. In both 2010/11 and 2011/12 she was named to the PacWest Academic All-Conference team and was twice selected as the team’s “most outstanding” runner.

After graduation, Keara focused on gaining more of the hands-on skills required for graduate school. She had already interned during her undergraduate years — at the Portland Art Museum the summer before her final year, and at Gawain Weaver Art Conservation during her final semester — but she wanted more exposure to the many different types of art conservation.

At the Hirshhorn Museum and Sculpture Garden in Washington, DC, she learned about the challenges in the upkeep of outdoor sculpture. At Villanova University, Keara learned about painting conservation while working on the restoration of Pietro da Cortona’s Triumph of David, a 12’x19’ oil on canvas painting. At the American Philosophical Society in Philadelphia, she learned about paper conservation and preventive care of library collections.

As Keara advanced through her internships, the Dominican community continued to support her from afar. Her chemistry professor, Dr. Kenneth Frost, was happy to continue writing letters of recommendation for his former student.

“Keara was among the most dedicated students in my quantitative chemical analysis class,” Frost says. “She was bone doggedly tenacious and absolutely would worry a problem to death until she figured it out.”

Frost recalls Keara’s problem-solving skills extending beyond class. Just hours before her senior art show, one of the frames she had purchased broke, causing the artwork to tear.

“I wasn’t in the gallery at the time,” she recalls. “A friend told me about it. After seeing the damage firsthand, I became an emotional wreck.”

Then, she reached out to someone she knew she could trust for advice.

“The only reason I was able to successfully mend the tear was because I reached out to a conservator,” she says.

“I remember Keara just rushed around and fixed everything — repairing the painting at the same time as the frame. She was practicing the restoration she was going to be doing years later!”

In 2016, Keara was accepted into the University of Delaware M.S. in Art Conservation program, a three-year program that includes hands-on work at the Winterthur Museum. Students spend their first year rotating through an intensive block of study in each specialty that explores the fabrication, deterioration, chemistry, preservation, and treatment of each type of material.

The second year is when students begin to specialize. Keara selected paintings conservation — drawn to the appeal of addressing both aesthetic and structural issues. She completed summer internships in paintings conservation at both the Dallas Museum of Art and Saint Louis Art Museum. At the beginning of her third year in the master’s program, Keara was selected as a graduate student intern at SAAM. Following this year-long internship, she was named SAAM's 2019/20 Samuel H. Kress Fellow and subsequently the 2020/21 Lunder Conservation Fellow.

“Every project I work on is different. Every painting consists of different materials depending on the artist and the time period. Some pigments or other artist materials used in the 17th century were not available in the 20th century — and vice versa.”

With each restored artwork, the conservator includes a fully detailed report that lives with the work.

“We document all the materials we use so that the information travels with the painting for the life of the artwork. So if conservators must remove our interventions in the future, they will know exactly what materials we used and how to safely reverse them.”

Working in the Lunder Conservation Center, where floor-to-ceiling glass walls allow the public to view all aspects of conservation treatment, is a dream job.

“I first visited SAAM in 2013 while interning at the Hirshhorn Museum, and while I already knew that I wanted to go into conservation, I was just in awe when I saw the work taking place in the Lunder Conservation Center,” she recalls. “Being able to actually see what the conservators were doing was amazing – and now I am working in that lab.”

And, her former faculty mentor looks forward to tuning in to hear her November 5 presentation.

“It will be very interesting to see Keara in action in her element,” says Dr. Frost. “Keara is the epitome of what a double major is all about — combining her interest in creativity through fine art and her scientific skills has led to an amazing career in art conservation.” 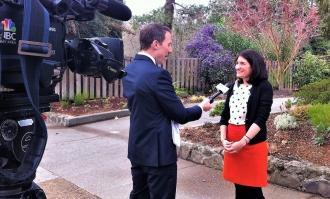 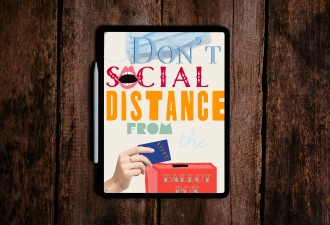 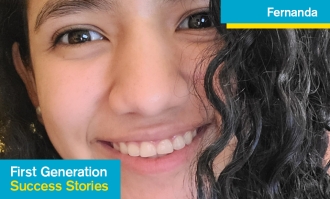