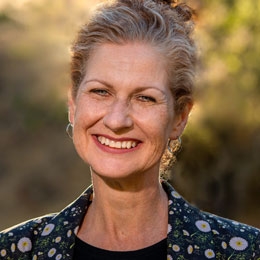 Office of the President

As a thought leader, educator, scholar, and advocate for educational access and equity, President Nicola Pitchford applies decades of experience and distinctive passion to her leadership of Dominican University of California.

"Building on Dominican’s exceptional success as an engine of socioeconomic mobility and racial equity is crucial to our future. I anticipate with joy the ways in which our students will change this educational paradigm, as we continue to move from an exclusionary historical model to a truly expansive, engaged, and responsive one.”

President Pitchford began her tenure as Dominican’s tenth president in 2021. Her focus on student success is grounded in a commitment to diversity, equity, and inclusion, and to Dominican’s ideals of study, reflection, community, and service. Bringing these commitments to practice, President Pitchford co-chaired the original design team that conceived the University’s signature student learning model, the Dominican Experience. Today, the Dominican Experience places the University among a small group of institutions transformed around a clear vision of hands-on learning, personalized mentoring, and community engagement for a new generation of students.

At Dominican, President Pitchford served previously as Vice President for Academic Affairs and Dean of the Faculty (2014-2021), Acting President (2018), and Dean of the School of Arts, Humanities and Social Sciences (2011-2014), now the School of Liberal Arts and Education. As Vice President, she led Dominican in a comprehensive revision of its curriculum, to align all courses with the Dominican Experience, provide more flexibility and student choice, and streamline time to degree. Following a year-long listening period with students and members of the Dominican community, she shaped the Office of Diversity, Equity, and Inclusion to prioritize student belonging and elevated the reach and influence of the Diversity Action Group. Out of the Diversity Action Group’s critical work—and designed around feedback invited from students, faculty, and staff—emerged a Strategic Diversity Plan. Shepherded by President Pitchford, the plan’s implementation is underway and has earned special acknowledgment and support from the Board of Trustees.

A professor of English and champion of the liberal arts, President Pitchford’s research interests and expertise include issues in higher education, contemporary British literature, feminist theory, race and national identity, and landscape writing. In 2022, she received the inaugural Nature Chronicles Prize for essay-length non-fiction. She began her academic career as a teaching assistant while pursuing her doctorate at the University of Wisconsin, Madison. Born in the United Kingdom and educated in the United States, she earned both an MA and PhD from the University of Wisconsin, in English, with an emphasis on modern and contemporary U.S. and British literature.

One thread of President Pitchford’s scholarship has been the history of the Booker Prize (now the Man Booker Prize). Her research has focused on the critical controversies that have attended various prize winners, as a lens through which to consider larger cultural debates surrounding contemporary British fiction. Widely published on such topics as the British novel, Black British writing, nature writing, the liberal arts, and global engagement of faculty, she is also author of the book Tactical Readings: Feminist Postmodernism in the Novels of Kathy Acker and Angela Carter (Bucknell University Press, 2002).

In 2018, President Pitchford attended the Rural Writing Institute in the United Kingdom’s Lake District and has continued to study the history of Marin County and Coast Miwok land, composing her own place-based narratives. Yet, she is keenly aware of the social and economic disparities that exist in one of the country’s wealthiest counties and the important role Dominican must continue to play in Marin and beyond, ensuring that higher education serves individuals as well as the greater society.

Before joining Dominican’s senior leadership team, between 2001 and 2011 President Pitchford served as Associate Vice President and Associate Chief Academic Officer, Chair of the Department of English, Co-Director of the Literary Studies Program, and Director of the Graduate Studies in English program, at Fordham University in New York. She is a member of the American Association of Colleges and Universities (AAC&U), the Council of Independent Colleges (CIC), the Association of Independent California Colleges and Universities (AICCU), and the Association of Writers and Writing Programs (AWP). She has served on the AICCU Restart Higher Education Task Force (2020), WSCUC accreditation teams (2020 and 2018), the National Fulbright Screening Committee (2008), and has been an occasional manuscript reviewer for PMLA (journal of the Modern Language Association).