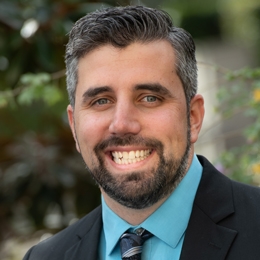 Jordan began his academic career studying environmental engineering at Cal Poly, SLO, taking advanced mathematics and science courses until he discovered his deep love for the study of history. A voracious reader and a former theatrical performer, he combined his deep knowledge of the scientific method and quantitative analysis with a sense of creativity and outside-the-box thinking and applied these methods to his study of U.S. history from outside of the United States, mainly focusing on Latin America. Jordan served and was part of the leadership team on multiple long-term humanitarian missions to Mexico and the Southwest Borderlands and has dedicated considerable time exploring both U.S. and Mexican archives.

Jordan is primarily interested in diplomatic relations between the United States and Mexico, especially when those relations create significant cultural, economic, and/or racial conflict. Some of his recent projects include a study of U.S.-Mexican race relations during World War II, an international political history of the 1968 Mexico City Olympics, and a careful look at Ronald Reagan's 1966 Gubernatorial campaign.