As a U.S. Air Force veteran who once heroically saved a person’s life on an airplane and proudly served in the military Honor Guard, Tech Sgt. Cassidy McCurdy ’21 was convinced the Health Sciences/Pre-Occupational Therapy program at Dominican University of California would give her the kind of hands-on training she longed for in a supportive environment that engenders success.

“I chose Dominican because of the sense of community it offers. With the small class sizes and beautiful campus, I felt it would be a school where I would feel welcomed,” Cassidy says. “I was also looking forward to meeting teachers who know your name and not just a roster number among a hundred or so students.”

Cassidy is one of 24 Veteran Affairs (VA) students – 18 of them undergraduates in six majors -- currently enrolled at Dominican. The majority of Dominican’s VA students are receiving significant funding through the Yellow Ribbon program which provides veteran and military resources to support academic success, financing, counseling, as well as dedicated faculty and staff. Students utilizing their VA education benefits are currently enrolled in courses of study ranging from Nursing to Biological Sciences, and graduate programs such as Physician Assistant Studies and Occupational Therapy.

“The University has participated for a decade in the Yellow Ribbon program and I think we as a campus are always looking at areas of improving upon the success we have built over the last 10 years for our veterans and military-connected students,” says Santos Carter, Veterans Coordinator. “Dominican is one of a few select schools to offer a 100 percent Yellow Ribbon tuition match with the VA, which means that our eligible veterans and military-connected students do not have to worry about their tuition and, since the VA pays a housing stipend, these students are able to focus on their academic achievement.”

Cassidy has been on the move since she was an 18-year-old high school graduate in Santa Ynez with interests in pursuing a career in the medical field. She stumbled upon a USAF website and decided on a path to reach her goals by enlisting in the Air Force. Near the end of basic training, she was assigned to become an Aerospace Medical Technician. However, the skills and training she learned in the Air Force transitioned beyond the scope of her military service.

While stationed in Ohio, Cassidy served with the Wright Patterson AFB Honor Guard, performing in more than 100 funerals for veterans, retirees, and active duty service members.

“I took such pride in honoring those that served before and beside me,” Cassidy says. “Whether it was folding the flag, participating in the 21-gun salute, or presenting the flag to the next of kin, it was the most important job I’ve held. Those are days that I will never forget.”

There was one other day Sgt. McCurdy will never forget. She was on leave and off duty from the 51st Medical Group, flying as a passenger on a commercial plane headed from San Francisco to Seattle where she would catch a flight to return to Osan Air Base in South Korea. Cassidy was napping when she heard a commotion in the back of the plane. A woman had gone into cardiac arrest. As flight attendants asked if there was a doctor on board, Cassidy went to the aid of the woman, who had no pulse.

As a medical technician in the Air Force, Cassidy excelled at her job and was promoted to E6, Technical Sergeant. She loved being a medic to fighter pilots, but she was aiming to build upon her career in the medical field by continuing her education and training. She was drawn to Occupational Therapy as an option for career advancement after a Physician Assistant suggested Cassidy shadow an OT. Ultimately, Cassidy decided on attending Dominican and taking advantage of her VA education benefits and the Yellow Ribbon program.

“I loved the interaction I was having with patients and enjoyed being there for them on their worst days. When I was introduced to OT, I immediately knew it was exactly the field that would allow me to directly help people through difficult times,” Cassidy adds, “As a med tech working in family health, I always enjoyed spending the time talking with patients and learning about their lives, families, hobbies, so OT seemed fitting.”

At the end of Cassidy’s six-year contract, she transitioned from active duty in South Korea to the Air Force Reserve at Travis Air Force Base and came to a crossroad. She was poised to become an aeromedical evacuation technician in the Air Force  – one of her dream jobs – but the fieldwork and flying hour requirements would mean she couldn’t enroll in the School of Health and Natural Sciences at Dominican. “I had to choose either school or the job,” Cassidy says. “It is safe to say that once I had my heart set on going to Dominican, not much was going to deter me from my new dream of becoming an OT.”

Dominican in return is helping her reach for that dream by providing financial support through the University’s 100 percent tuition match with the VA through the Yellow Ribbon program.

“Dominican and its Yellow Ribbon program have been amazing in supporting me to achieve my goals. I would not be able to attend school full time nor would it be financially feasible for me to focus on academics without the help from Yellow Ribbon” says Cassidy, who now lives in Novato. “This has allowed me the flexibility to work part time as needed, have my school paid for, and not have to worry or stress about rent. I know that I will be able to complete the OT program without having to worry about the financial aspect.”

Cassidy now looks forward to a career as an OT in a hospital and is grateful for the role that Dominican has played in helping her achieve her career path. Veterans Day was November 11, her first Veterans Day as a Dominican student after returning to civilian life in May.

“For me, it is a day I remind myself to stop, reflect, and be present, to check in with my friends who have served or are serving and make sure they’re doing okay. To remind them how grateful I am for sacrificing so much in order to fight for our freedom because life gets so chaotic and there are so many stressors, but they are the ones carrying the weight so we can pursue our goals,” Cassidy says, “It is a day I remember just how many people care so much about this country, that they left their families to fight for it. Veterans Day makes me feel very, very blessed to be where I am today because of the Air Force and the opportunities that the service afforded me.” 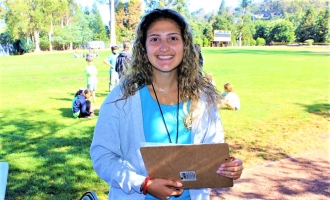 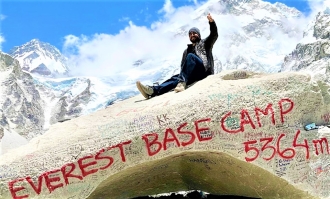