Technically speaking, Communication and Media Studies graduate Diane Farina ‘16 is on quite a roll at work.

On Sunday, January 19, she was Video Playback Operator for the SAMMCO production crew working at Levi’s Stadium where the San Francisco 49ers defeated the Green Bay Packers to advance to Super Bowl LIV in Miami. It was her job again to play all pre-produced videos on the giant video screens in the stadium, which she did for all 49ers home games.

“There have been so many memorable moments this season,” Diane says. “It’s been an honor to work the only two playoffs games in Levi’s Stadium history. It’s rare to host a NFC championship game, so just being a part of that is something I will never forget.”

Nor will Diane forget the “other” playoff games she has worked. Last year, Diane was a technical director for SAMMCO at Golden State Warriors’ home games at Oracle Arena where the team advanced to the NBA Finals for the fifth consecutive year. In fact, during Game 4 of the NBA Finals last year, Diane was recruited to work for the Toronto Raptors’ television production team as a Replay Operator. She worked from the TV production truck parked outside the arena, a first-time experience for her.

Prior to her TV production role with the Warriors, Diane was technical director, replay operator, and social media operator at Oakland Athletics’ home games in 2018 and 2019 when the A’s advanced to the American League playoffs.

In addition, Diane has extended the skills she first learned in the Communication and Media Studies Department in the School of Liberal Arts and Education to work opportunities with Cisco Systems and EA Sports.

“One thing that has helped get me to where I am today from Dominican is the encouragement I received to get an internship as soon as I could. If I never had that motivation from my professors, I would’ve never done it on my own,” Diane says. “One of my professors told me to say `yes ‘to every opportunity that presented itself. I’ve been approached about certain opportunities that really scared me because I didn’t know if I was ready for them, but I took them anyway. And in doing so, I really grew in my career.”

In September of 2015 Diane first started working as a video editor for SAMMCO, a San Francisco-based media production company that provides technical support and personnel assistance at major sporting events. In addition to operating equipment as an intern with San Francisco Giants Productions and serving as a productions assistant with the Warriors, Diane worked as a live video editor for SAMMCO at Sacramento Kings basketball and Cal football games. She also has been a television replay operator at San Jose Earthquake soccer games and Stanford University basketball games.

SAMMCO’s contract three years ago with the NFL Network opened a new door for Diane, who was then a technical director and instant replay operator for SAMMCO during PAC-12 football and basketball games. Instead of being behind the camera, Diane found herself at Super Bowl 50 at Levi’s Stadium behind the driver’s wheel transporting NFL Network on-air talent and directors/producers to NFL sites and sets located all around the Bay Area. On February 2,2016 she accompanied an NFL Network reporter and producer to Levi’s Stadium, and listened as they prepared scripts for segments they planned to tape at the stadium.

“My dream was to be an on-air reporter, so it was awesome hearing their ideas about what worked and what didn’t,” Diane said. “It gave me even more motivation to pursue it as a career.”

Diane also transported NFL Network people to Super Bowl City at Justin Herman Plaza and to the NFL Experience at Moscone Center. On February 6, 2016 she dropped-off passengers at the NFL Honors Awards Show at the Bill Graham Civic Auditorium.

Diane came to Dominican in Fall 2014. That has led her to a series of new internships and opportunities, new connections and relationships.

“My whole life changed. It’s the best decision I’ve ever made,” says Diane, who is now in the position to encourage former and current Dominican students to pursue internship/job opportunities. “I’m so proud to represent the University.” 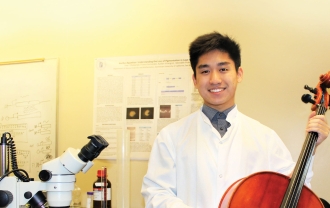 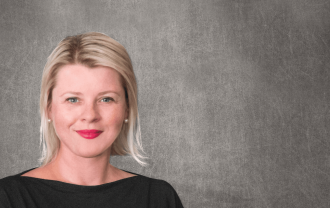 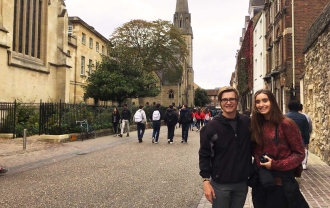