Though the majority of Americans have heeded scientific advice and conformed to behaviors to reduce the transmission of COVID-19 – vaccinations, mask wearing, hand washing – Dr. Benjamin Rosenberg, professor of psychology at Dominican University of California, has written an op-ed in the San Francisco Chronicle today opining that the most significant barrier to ending the pandemic remains convincing this swath of Americans who refuse to comply with essential anti-COVID recommendations like vaccination to change their minds.

Existing public health strategies, however, appear to be making few inroads into convincing certain reluctant populations to comply. That is being discussed in Rosenberg’s psychology classes at Dominican this fall in the School of Liberal Arts and Education.

“At the Health and Motivation Lab at Dominican, my students and I are focused on applying ideas from social psychology to health-related issues, examining things like the way emotional and motivational states affect people's reactions to persuasive health messages, as well as why people engage in seemingly irrational unhealthy behaviors,” Rosenberg wrote in the Chronicle. “Something we have been particularly interested in of late is trying to explain why, in the face of so much evidence about vaccine effectiveness, people continue to fight back against mandates that they get a jab or wear a mask.”

Dr. Rosenberg’s research is aimed at the “pandemic rebellion” and devoted primarily to studying reactance theory.  He authored Freedom, Covid-19, and Resistance To Public Health Orders which was  published last April on the website of the International Society for the Science of Existential Psychology.

“Perhaps the broadest point I was trying to make is that simply delivering people accurate information about a behavior – like wearing a mask or getting vaccinated – is often not sufficient; people aren't always rational actors. Other stuff, aside from having accurate information, influences people's behavior – like who is around them, their current state of mind, or how much they value freedom,” Rosenberg says.

Rosenberg was recruited to write the ISSEP article by Dr. Kenneth A. Vail of Cleveland State University, who edited a chapter for a book that Rosenberg and his colleague, Dr. Jason Siegel of Claremont Graduate University, authored that examined religion and religious adherence through the lens of psychological reactance theory.

In his op-ed for the Chronicle, Rosenberg notes that the continued rebellion underscores another fundamental truth from the behavioral science literature: Simply delivering people accurate information is often not sufficient to change behavior. People simply aren't always rational actors. There are many other factors aside from having accurate information that influence people’s behavior, like who is around them, their current state of mind, or how much they value freedom.

“Given this difficult combination – that people do not like being told what to do and often act in seemingly irrational ways – new strategies are necessary to enhance the effectiveness of COVID-19 messaging,” Rosenberg writes.

“Although doctors' , nurses', and public health folks' insight throughout this pandemic has been essential, there has been, in my opinion, oversight of the expertise that many others have in explaining human behavior,” Rosenberg concludes. “Consulting more social scientists – like psychologists, sociologists, and economists – might not end the pandemic, but it could change the trajectory by crafting more effective or targeted messages and turning down the volume on some of the unhelpful political rhetoric.” 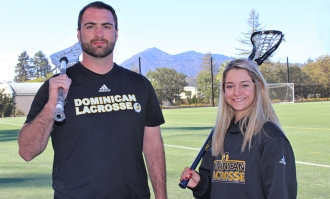 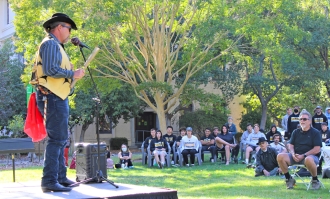