Dr. Sarah Lee, assistant professor of Organizational Behavior and Management in the Barowsky School of Business, presented “How Threat Affects Perceptions of Minority Groups in the United States” as part of Dominican University of California’s virtual Family Weekend and Convocation 2020 this weekend, October 9-10.

“More recent events have shown that hate crimes are still very real and very prevalent, which I wanted to address in the talk on Saturday,” Dr. Lee says. “I want to address some of the racist reactions toward Asian-Americans because of COVID, acknowledge the hate crimes and killings of Black Americans  - not only recently, but the long-standing history of violence towards Black Americans -  and the fact that there is systemic racism even embedded in areas most affected by COVID-19.”

Working as a high school teacher in an underserved community in the San Francisco Bay Area sparked Lee’s interest in studying minority groups’ barriers to upward mobility in the United States. She draws on social psychology and organizational behavior to understand how an individual’s demographic characteristics and communication style could hurt their careers.

Her recent research sheds light on understanding when and why Asian Americans are underrepresented in top management positions, despite their label of being the “model minority”, referring to their educational and occupational achievement. Her findings suggest that culturally grounded communication differences pose an obstacle to Asian American employees, causing them to be inaccurately perceived as lacking social skills, thus “deficient as leaders.”

In 2012, having recently graduated with degrees in psychology and music from UC Berkeley, Lee was teaching at an inner city high school in Oakland when she became acutely aware of the many challenges faced by the students in her diverse classroom, from food and housing insecurity to daily struggles finding transportation to and from school.

“The students faced so many challenges on so many levels. This was the first time I saw inequity up close and witnessed the many pressures minority students – especially low-income students – face both in and out of school,” she recalls. “It was then that I became interested in studying the longer-term impact of social challenges.”

Lee studied diversity and leadership as a graduate student at Emory University, where she received a Ph.D. in Organization & Management from the Goizueta Business School. Her research dissertation addressed the barriers to leadership faced by Asian Americans, with a focus on the paradox of Asian Americans' experience in career mobility.

“As a first-generation Asian American woman, my research questions are personally motivated. My work not only addresses issues but also explores solutions.”

While Asian Americans receive the highest college graduation rate of any ethnic group in the U.S., they often face obstacles as they move up the career ladder. This phenomenon, known at the bamboo ceiling, led Lee to explore whether Asian Americans are seen as less leader-like because their communication styles “do not map onto that of the prototypical leader in the United States.”

“As an educator, my aim is to best equip young people entering the workforce, as well as the future leaders who will be making hiring decisions,” she notes. “I want my students to be able to apply my research to their own careers, both for their own benefit and for that of their organizations.”

In the future, Lee plans to conduct more qualitative work to capture Asian Americans’ experiences with inclusion. She also plans to expand her focus on how discrimination toward members of minority groups in the United States persists over time and over various economic cycles, particularly economic downturns. One current project examines the link between job loss threat and workplace behaviors in industries where the threat of job loss due to automation is high.

Dr. Lee was one of three Dominican faculty members presenting virtual academic sessions on Saturday designed to introduce students and their families to the Dominican Experience. Sister Mary Soher, Director of Campus Ministry, and Father Robert Haberman presented “Day of Service: 2020 Together Apart.”

Family Weekend 2029 kicked off with a 16-minute virtual Convocation ceremony on Dominican’s YouTube Channel on Friday. President Mary Marcy delivered the welcoming address. Convocation salutes Dominican’s academic achievement honorees and this year more than 300 students – the largest group in eight years – were recognized for either making the Dean’s List for consecutive semesters at Dominican or for being a Trustee Scholar.

President Marcy’s welcoming remarks were followed by the alumni keynote address by Leighia Fleming ’10 MA ‘11, who is now Director of Student Equity and Title IX for Orange County in Southern California.

Mojgan Behmand, V.P. for Academic Affairs and Dean of The Dominican Experience, named the recipients of the Full Time Teacher of the Year and Adjunct Teacher of the Year awards then Dr. Nicola Pitchford, Vice President for Academic Affairs and Dean of Faculty, announced the recipient of the Joseph R. Fink Faculty Achievement Award.

Convocation closed with the presentation of the Class of 2024 Shield by Associated Students of Dominican University (ASDU) president Vanessa Groppetti '21 and Brie-a'Nah Fruenan '21, who designed it. The Shield Day ceremony has been a beloved Dominican tradition since 1924.

Students in the A Cappella Workshop then sang the school spirit song.

Afterward, Dominican Alumni Relations is sponsored  a virtual wine tasting with Biale Vineyards via Zoom. Robert Biale '87 and Wendy Biale '90 are the hosts.

From 10:30-11:30 a.m., Dr. Lee discussed “How Threat Affects Perceptions of Minority Groups” and whether it is caused by the economy or a pandemic. The presentation draws on her paper similarly titled, which was published in Psychological Science.

"Scholars have long argued that economic downturns intensify racial discord. However, empirical support for this relationship has been mixed, with most recent studies finding no evidence that downturns provoke greater racial animosity,” Lee says. “Yet most past research has focused on hate crimes, a particularly violent and relatively infrequent manifestation of racial antipathy. In this article, we reexamine the relationship between economic downturns and racial acrimony using more subtle indicators of racial animosity.”

While teaching in the Barowsky School of Business,  Lee  is also working on a paper that examines U.S. employees' reactions to the threat of losing their job to automation (AI, robots), and if that would result in negative attitudes towards certain minority groups that might seem as though they are related to the threat of automation, mainly Asian/South Asian.

Dr. Lee’s presentation was followed by Dr.  Judy Halebsky’s presentation “Haiku and the Art of Making a Creative Space” from 12:30-1:30 p.m. Dr. Halebsky is Director of the MFA program and Associate Professor of English in the School of Liberal Arts and Education.

From 1:45-2 p.m., Sister Mary and Father Bob presented “Campus Ministry Day of Service: 2020 Together Apart.” Click on this Google form to be part of that presentation.

Finally, from 2-3 p.m., Dr. Patricia Harris, RN and Associate Professor of Nursing, hosted the third and final academic session of the day. It is entitled “Lessons learned: Addressing the phenomenon of alarm fatigue in the ICU.” Harris was the project director and co-investigator for the 2013-14 observational alarm study, which examines the accuracy of physiological monitor alarms and is designed to determine prevalence of false alarms in the ICUs at the University of California San Francisco Medical Center. 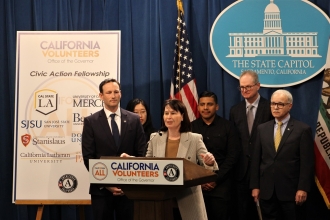 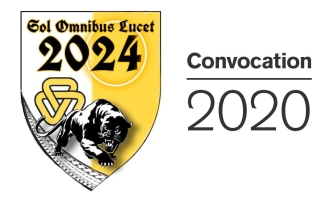