Once In A Demand Generation

Rachel Sadacca ’12 worked at Facebook, but her journey to the largest social media company in the world didn’t start when she first created her profile in her dorm during freshman orientation. It began when she came to face-to-face with classmates, professors, and advisors at Dominican.

As a Marketing Manager for Small Business Revenue Channels at Facebook, Rachel often reflected on how her experience at Dominican shaped her career in business, and the way she views business today.

“What I learned while in the business school at Dominican was first and foremost about developing relationships, fostering those relationships, and learning from others. As those relationships grow, you begin to create valuable network of people that you know will support you, help you get off the ground, and eventually flourish,” says Rachel, now Senior Marketing Director at Demand Generation. “Without the people who I met along my Dominican journey, both inside the classroom and outside, and the strong mentors I had, I wouldn’t be where I am today.”

Rachel’s career path wasn’t simple or straight forward. But she drew strength and confidence from the Dominican pillars of study, community, reflection, and service to find her niche.

“Although I didn’t land a job at Facebook or another big tech firm right out of school, I feel the Dominican values were something I embodied, and they helped me navigate the tech startup scene and carve out a very effective career path for myself,” Rachel says. “I think the `average’ student might benefit from hearing that you don’t have to land a job at Facebook or LinkedIn right away to be happy or to be successful in business. There are a lot of benefits to working at small businesses and that’s a big part of what I do at Facebook now, where I help small and mid-size businesses realize success.”

A friend and former Dominican student convinced Rachel to visit Dominican while Rachel was attending Oakmont High School in Roseville. She sat in on a leadership demonstration class for admitted students led by business professor Dr. Christopher Leeds geared toward team building.

“It really grabbed my attention,” Rachel says. “There was something about the small group and the development in that class that I felt was very unique, and something I probably wouldn’t get in many other higher education environments.”

At Dominican, Rachel graduated a semester early and developed an impressive resume. An honors student, she presented at the National Convention for Undergraduate Research in Montana and a Service-Learning Symposium on campus. She traveled abroad with classmates (who keep in touch to this day via their own Facebook Group) on a trip to Italy led by psychology professor Dr. Matthew Davis. She minored in Leadership Studies and replaced classmate Nick Parrish ’12, now Project Manager at Los Angeles Metro, as a project manager and production assistant for Dr. Denise Lucy, Founder and Executive Director in the Institute for Leadership Studies. Rachel’s interest in Denise’s leadership courses and her desire to work at a small business eventually led to her first-ever internship at Private Ocean Wealth Management in 2010.

“I realized that Dominican was giving me not just an education, but a network of people in the local community, the business community, the fields that I wanted to explore and eventually and potentially go into,” Rachel says. “My relationships with different Dominican students and professionals in the local community is eventually what landed me my first job in marketing.  I knew that what I had learned and who I had met along my journey were the missing piece of my job-hunt puzzle, and when I realized that, I was finally able to land that first gig.”

That network of people included classmate Mark Lewis ‘12. She replaced Mark, now Director of Sales at Marketo, as a marketing coordinator at Remedy Interactive in 2013. Rachel’s next job was as a marketing specialist at a small local ad agency where she met her friend Laura, who ultimately moved onto to Facebook and referred Rachel to join her there.

“I have to admit I thought I wasn’t ready to work at Facebook," Rachel says. "I really liked my job at Fluxx – where I was working leading demand generation at the time – and I wasn’t sure about working for a big company. But I decided to give it a try, and I’m glad I did that."

Rachel now gives back by being a mentor herself and has helped other DUC grads like LinkedIn-bound Sophia Stetson '19 gain internships and embark on their career journeys. An active alum, Rachel also returns to campus frequently as a guest speaker and panelist where she helps current students flesh out their goals and answer questions about everything from working at a startup to commuting to Facebook on a WiFi-enabled shuttle.

The team-building experience she had with fellow students in Dr. Leeds’ Admitted Student Day class was the beginning. Or was it making the Facebook profile during freshman orientation? Whatever the case, Dominican was the catalyst for a really unique success story.

“There is something about the Dominican education that’s especially cool and unique,” Rachel says. “There was a value instilled in having conversations with classmates and sharing perspectives and not being afraid to be judged. The environment at Dominican was very conducive to all thoughts being heard and respected and discussed in an open way. As we have seen the college climate shift nationwide, that’s even more valuable now and something that Dominican can hang its hat on.” 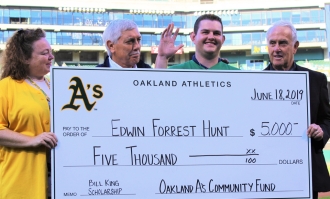 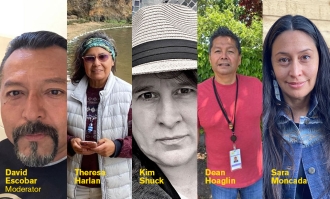 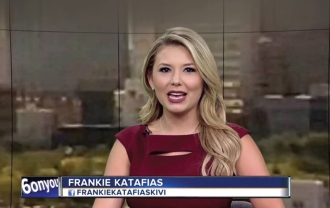