Last year, Dominican University of California integrated Census 2020 into academic courses, with the goal of increasing census participation in hard-to-count populations and communities in Marin County while using the census as a hands-on teaching tool for our students.

Every Wednesday afternoon last fall, about 20 Dominican students worked with students in grades 2-8 and community representatives at Marin City’s Bayside MLK Jr. Academy. Together they created public art that visualizes the area’s values, stories, and history.

The focus of the community art project was intended to visualize the values, stories, and history of Marin City, a predominantly African-American community.

“Our students were very enthusiastic to be involved in such meaningful work,” says Julia van der Ryn, Executive Director of the Center for Community Engagement. “Understanding the importance of a full and accurate count as both humanizing and critical has been enlightening. Census data informs funding and resources, redistricting, and many other policies, but it is the only full family portrait of everyone who resides in the U.S."

In January, the art was placed in and around Golden Gate Village, Marin’s largest public housing complex. The intricate and inspirational work was prominently displayed on lamp posts along the streets, while posters and murals were installed within several housing complexes.

Meaningful community engagement in the community is at the heart of the student experience at Dominican. Grounding theoretical concepts in real-life experience enables students to put classroom learning into practice, providing rich opportunities for critical thinking, civic learning, career exploration, and personal growth while enriching our campus and community organizations.

“Grounding and connecting academic learning with relevant and pressing issues is crucial in our current climate,” Van der Ryn says. “Community-engaged learning that intentionally focuses on the larger contexts and social issues that impact people's lives, that values lived experience and knowledge of our students and community members is education for social change.” 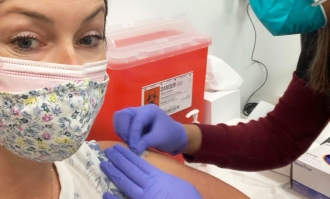 "Vaccine Gives Me Control Over My Own Health, My Family’s Health"

How a Teacher Prep Program Can Help You Become a Teacher 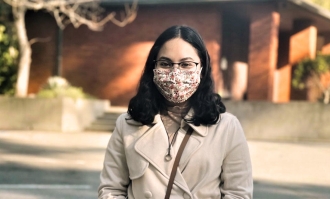