As a former marketing producer for the TODAY Show, NBC Nightly News, The Tonight Show, Saturday Night Live, Olympics coverage and more, Mariah Chinchilla ’14 parlayed a summer internship her junior year at Dominican University of California into a job at NBCUniversal in New York City then to Green For All Dream Corps in Oakland and now as an Urban Planning and Digital Strategist.

Her journey has a simple message for others who choose to follow their dreams.

“My best piece of advice is to always put your best foot forward and treat everyone with respect, from the interns to the CEOs you never know who you’ll meet," says Mariah, who is now a Senior Community Development Specialist for the City and County of San Francisco.

Prior to that Mariah worked as a Communications Manager at Green For All, Marketing and Manager of Engagement at Pratt Center for Community Development and spent almost five years at NBC, the springboard to her success story.

Fortunately, her experience in the Department of Communication and Media Studies in the School of Liberal Arts and Education helped prepare her for the big time. In fact, Mariah helped recruit another Dominican student, Samantha Simmons ‘17, to intern for a semester at NBC Universal in NYC. Samantha is now an Executive Talent Coordinator at Uber.

“Dominican exposed me to a diverse set of ideas and opened my mind to look beyond and dig deeper. I don’t think I would have received that depth anywhere else,” says Mariah, who worked closely with NBC weatherman and celebrity Al Roker (pictured above next to Mariah and co-workers). “Dominican has been such an integral part of my life and it’s going to be with me for a very long time. I’m still close with friends who studied different disciplines and we all have a resounding opinion of what a great place it is, and we took it for granted. We didn’t realize then how hands-on and passionate all the professors are.”

Mariah remained a full-time student while continuing a full-time job. Thanks to letters of recommendation from Mairi Pileggi and Brad Van Alstyne, associate and assistant professors in Dominican’s Department of Communications and Media Studies, Mariah attended grad school at Pratt Institute for City and Regional Planning with the School of Architecture and revised her career ambitions. 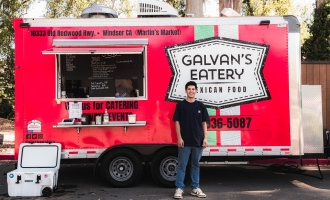 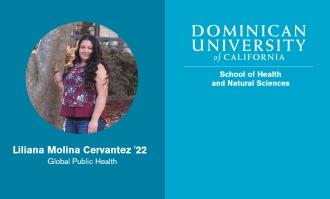 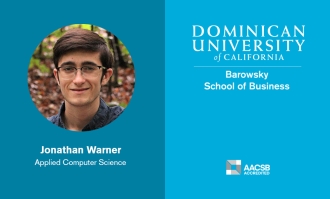