Before she stepped into the role of Dominican’s 2017-2018 student body president, Hallie Balch ‘18 was gaining hands-on political experience in the state Capitol through the USF McCarthy Fellows Summer.

Hallie, now an Associate Communication Consultant for the California State Assembly Republican Caucus, was then working with the Assembly Republican Caucus in the Office of Policy and Budget where she helped consultants analyze bills headed to the Assembly. Dominican political science professor Alison Howard encouraged Hallie to apply for the 12-week fellowship, knowing that the experience would fit well with Hallie’s interests and coursework.

The internship was the perfect opportunity for Hallie to learn more about the legislative process and how bills are drafted and analyzed.

“I am further developing my analytical skills while gaining a real idea of how California's government works,” says Hallie, who in October of 2018 joined the Jesse M. Unruh Assembly Fellowship Program in Sacramento. “I have worked on creating arguments both for and against several topics — from education to public safety and water policy.”

The fellowship has confirmed Hallie’s desire to enter a career focused on politics. Hallie, who attended Desert Christian High School in Lancaster, CA, was a double major in Political Science and Communications. Before she came to Dominican, she honed her communications skills as a TV host on the Disney Channel.

“I'm just glad that I've had the opportunities that I've had every year at Dominican, and I know that I owe much of what I've done to the support from my advisors, friends, and the staff and faculty.”

As a junior, Hallie served as a College Debate 2016 (CD16) student delegate. Dominican led the national, non-partisan CD16 initiative to empower young voters to look beyond party politics when identifying issues and engaging peers in the presidential election. Hallie was one of more than 130 student delegates from college campuses across the country who convened for a town hall meeting at Dominican in September 2016.

CD16 showed Hallie that in politics, listening and compromising can be the best way forward.

“At the Capitol I watched countless members of the Assembly unable to compromise or come up with any noticeable changes for their constituents,” she noted. “That just inspired me to rise up with the counterparts of my generation and be the new wave of leaders that our government needs.”

As Associated Students of Dominican University of California (ASDU) president, Hallie and her Vice President Samantha Hunt ’19 planned to listen first and then acted based on what Dominican students identified as priorities. First up was creating a community garden in which students will help to grow food that will be used in the dining hall.

With a well-rounded background in politics — Samantha in 2016 spent a semester in Washington, DC as a Panetta Congressional Intern — both ASDU officers had the experience necessary to make a difference during their year in office. 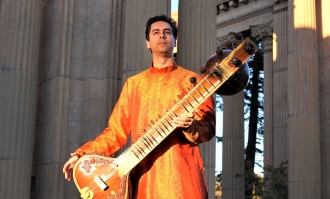