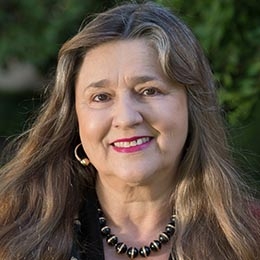 Radica is an accomplished translator of Spanish and Latin American poetry and prose into Serbo-Croatian. She was the recipient of the Golden Bell Marin County Award for Outstanding Teaching (2005) and the prestigious Hayward Award for Excellence in Education from the State of California (2007). That same year she was a United States Teacher of the Year Nominee. She has been teaching at Dominican since 2001 and actively participated in the creation of our Spanish Minor in 2011. She teaches courses in Spanish language and literature and conducts Study Abroad programs to Mexico and Spain.