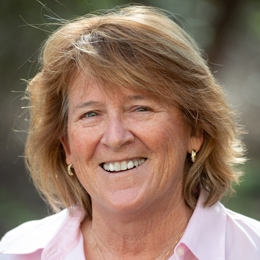 School of Health and Natural Sciences

Jan’s career journey took many different paths before she became a physician assistant. After receiving a B.S. in Education and Exercise Science and introducing a Health Science and Physical Education Program into the Pittsburg, PA Catholic school system, she became an RN, working at Thomas Jefferson University Hospital in Philadelphia where she gained valuable experience in Medical Oncology, ER, and Home Health. That chapter was followed by a move to South Florida where she utilized her exercise physiology background to run a cardiac rehab and stress testing unit. After becoming a PA-C and while practicing Emergency Medicine and Urgent Care for over 21 years, Jan received certification in advanced wilderness medicine. Before coming to Dominican, she served on the faculty at Florida State University in the School of Medicine where she supervised the instruction of Emergency Medicine.

Outside of work, Jan enjoys traveling and spending time with family, friends, and her Labrador retriever. She also loves to golf and bike, and explore the Northern California outdoors.