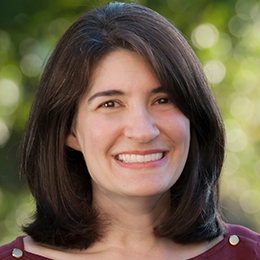 Alison teaches courses on American Government, the Presidency, Congress, Politics and Media, and Campaigns and Elections. Her research focuses on presidential rhetoric, specifically the State of the Union address, political communication, pedagogy, as well as art, politics, and culture. She has published articles in PS: Political Science and Politics, American Behavioral Science, Journal of Political Science Education, Social Science Quarterly, and Perspectives on Political Science. She is the co-author (with Donna R. Hoffman, University of Northern Iowa) of “Addressing the State of the Union: The Evolution and Impact of the President’s Big Speech” (Lynne Rienner Publishers, 2006).

She is also a frequent commentator for the media on the State of the Union address and has been interviewed by National Public Radio, The SF Chronicle, NBC Bay Area, and KCBS radio, and other national and local media outlets.

Primarily focuses on presidential rhetoric, specifically, the State of the Union address. Examines the way presidents communicate their policy requests and agenda to Congress and the public through the annual address and how successful presidents are in accomplishing their policy goals. Other research has examined the policy rhetoric and rhetorical narratives of candidates in presidential campaigns.