The opportunity to combine a love of volleyball with a passion for science led Colorado native Aimee Steinwand ’18 to Dominican.

“Dominican was the only school I visited that would let me to major in science and play volleyball,” Aimee recalls. “I want to be a surgeon, but all the Division I coaches I spoke with said that volleyball would own me and that being a science major wouldn’t work with my schedule.”

Selecting Dominican was an easy decision for Aimee, a graduate of Cheyenne Mountain High School in Colorado Springs. The daughter of two aerospace engineers, she was determined to attend a university with a strong academic program and a focus on attending graduate school. She also welcomed the opportunity to continue her volleyball career at the NCAA Division II level.

“I was here less than 24 hours on my official visit before I decided that this was where I wanted to be,” says Aimee. “I loved the school, the girls on the team, the professors, and the opportunity to get involved with research as an undergraduate.”

Three years later, the biochemistry major’s schedule is packed with both athletic and academic activities, and she wouldn’t have it any other way.

After spending her summer in Spain shadowing doctors at a public hospital near Valencia through the Atlantis Project, Aimee will gain more hands-on experiences through the Pre-Med Program. Dominican, in collaboration with Kaiser Permanente-Northern California, created the program in 2009 so that students could gain insight into a medical career by shadowing Kaiser Permanente physicians.

Aimee also will spend the year serving as president of Dominican’s new chapter of pre-health honor society Alpha Epsilon Delta (AED). Her goal is to work with the other officers to identify resources and community service opportunities that will assist pre-health students in applying to graduate schools.

Aimee, whose goal is to work in either orthopedic surgery, plastic surgery, or trauma, believes Dominican’s focus on undergraduate research has prepared her well for medical school. For more than two years she has been involved with the Johnson Lab focused on biomedical research involving marine derived natural products.

“Dominican has an absolutely incredible research program, but I hadn’t realized how great our program is until talking with students from other universities,” Aimee says. “I was one of the only students with undergraduate research experience. People who attend larger schools said usually it’s only graduate students who get to do the research.”

Immediately after returning from Spain, Aimee started training for the upcoming volleyball season. Serving as a co-captain she is mentoring seven new players and working with second-year head coach Yami Nolan, who joined Dominican from Saint Joseph's College of Maine.

The season got off to a good start. Aimee was selected to the 2017 Preseason All-PacWest Volleyball Team. A two-time All-PacWest performer, she led Dominican to a third place tie in the PacWest last season.

Recently moved into the new Dominican Townhomes, Aimee plans to spend her free time exploring both Marin and San Francisco.

“I love this area and the fact that there are a lot of people from different cultures and religions living here,” she says. “The Bay Area is so different from where I grew up, it’s amazing how much I’ve learned just from the people around me, and I’m incredibly thankful for the opportunity to attend Dominican.” 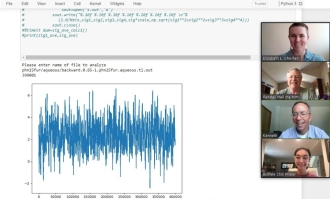