Competing in NCAA Division II athletics, studying at the University of Oxford, and landing a job with the LinkedIn Business Leadership Program (BLP) in Chicago fulfilled the Dominican experience for business major Sophia Stetson `19.

“This is more than I expected,” said Sophia, now a Deal Desk Strategist for LinkedIn. “I feel really fortunate that I met a lot of amazing people at Dominican who supported me and helped me get to where I am today.”

Sophia graduated in May 2019 from the Barowsky School of Business. Her Dominican journey started her freshman year when a business communications course taught by Dr. Christopher Leeds, Professor of Management “launched everything” and solidified Sophia’s decision to major in business.

When it came time to look for an internship, Sophia’s internship director encouraged her to pursue opportunities at LinkedIn, introducing her to alumni mentor Cody Bernstein ’16 for advice. He and his older brother Jake Bernstein ’15 both went to work at LinkedIn immediately after graduating from Dominican. She was impressed with LinkedIn’s mission of helping people find jobs, helping businesses locate, and hiring the right talent.

“I’ve always wanted to work in technology because it’s the way the world is going and I want to be a part of that future,” Sophia said. “Cody told me about all the great things that LinkedIn does, which was when I knew that LinkedIn was the place I wanted to be. It’s a feel good thing to be able to have a career where you are helping people better themselves and further their economic opportunity. That’s rewarding to me.”

Her junior year Sophia was selected to study at the University of Oxford as part of the Dominican Scholars at Oxford program. There, she studied Business Strategy and British politics circa World War II. Living and studying abroad also gave Sophia a heightened level of confidence – one that served her well the following year when going through the interview process for LinkedIn’s Business Leadership Program.

“If I hadn’t been at Oxford I think I would have been more overwhelmed with the LinkedIn interview process,” Sophia said. “Oxford gave me that big confidence boost. I was prepared. I was ready.”

Sophia passed a phone screen then two 45-minute video interview sessions before being accepted to “Invitational Day” at LinkedIn’s Chicago with company executives, including Mike Gamson, Senior Vice President of Global Solutions and a BLP alum. Finally, while studying for fall semester finals in Alemany Library in December 2018, Sophia received a call on her cell phone from LinkedIn notifying her of acceptance into its Business Leadership Program.

“I couldn’t breathe,” she said, smiling.

Sophia became the third Dominican business student, after Cody and Jake Bernstein, to earn acceptance into the program.

“It’s beyond my wildest dreams,” Sophia said. “Looking back at me as a senior in high school I just would have never pictured this. This is crazy. This is awesome.” 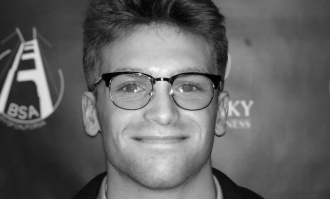 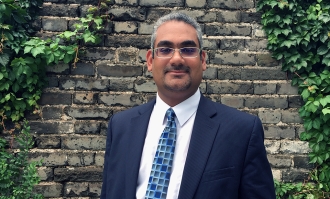 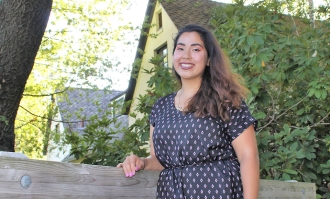