Welcome to the 2019-20 season of the Dominican Guest Concert Series, offering world class music and highly-acclaimed performers in an intimate chamber music setting — all at an affordable price.

All concerts begin at 3 p.m. on Sunday at Angelico Hall, 20 Olive Ave. in San Rafael. 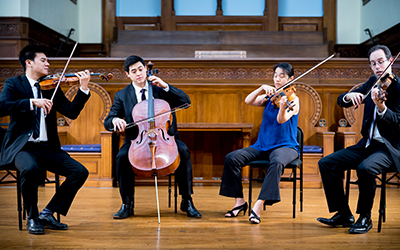 Described by the San Francisco Chronicle as “...an incredibly valuable addition to the cultural landscape” and “powerfully adept...with a combination of brilliance and subtlety,” the Telegraph Quartet has performed in major concert halls, music festivals, and academic institutions in the United States and beyond. They are currently the Artists-in-Residence at San Francisco Conservatory of Music. 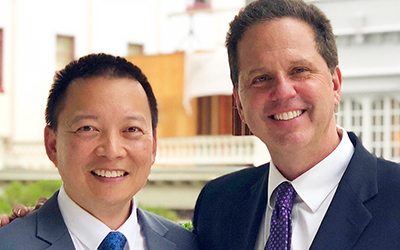 San Francisco Symphony musicians, Assistant Principal cellist Amos Yang and bassist Charles Chandler are the new and exciting low-string duo, 2LOW. Both graduates of the Juilliard School, these musicians are at the top of their field. They offer programs that showcase their virtuosity and in-depth artistry as well as reflect their idiosyncratic voice. 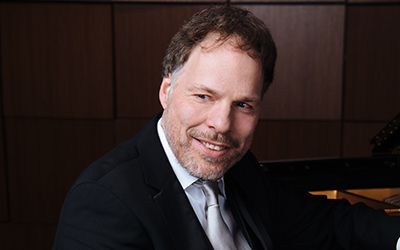 Alon Goldstein is one of the most sought-after pianists of his generation, admired for his musical intelligence, sensitive artistry and dynamic personality. He made his orchestral debut at the age of 18 with the Israel Philharmonic under the baton of Zubin Mehta and returned a few seasons ago with the Maestro Herbet Blomstedt. In recent seasons, Mr. Goldstein has performed with the Los Angeles Philharmonic; Philadelphia Orchestra; the San Francisco, Baltimore, St. Louis, Houston, Vancouver, Kansas City, Indianapolis, and North Carolina symphonies; and orchestras on tour in Paris, Russia, Romania and Bulgaria. 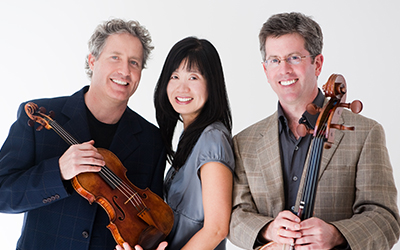 Single Tickets: $20 General / $17 Discount for seniors over 60 Admission is free to students under 18*, Community College students with valid IDs and K–12 classroom music teachers, as well as Dominican University students, staff, and faculty with I.D.

* All elementary and middle school students must be accompanied and supervised by adults. Note, these concerts may not be suitable for ages 5 and younger.

Season tickets will be ready for pick up at will call on the day of the first concert.

The Angelico Concert Hall is located at 20 Olive Ave, San Rafael, CA. Event parking is available just off Grand or along the street.