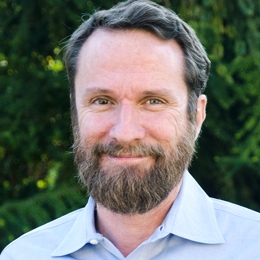 Thomas Burke, MFA has fiction and literary non-fiction published in magazines such as The James White Review, Harrington Gay Men’s Fiction Quarterly, The Chiron Review, and the Evergreen Chronicles; in webzines; and in anthologies including Queer and Catholic (Routledge). He is the author of a story collection "Where Is Home." Twice nominated for a Pushcart prize, he received the Steven L. Smith Prize for Gay Fiction. In addition to creative works Burke has also published and presented on pedagogy and has worked with faculty to develop holistic assessments of writing. He holds an M.F.A. in Writing from the University of San Francisco and an M.A. in Language and Civilization from the Université de Paris, la Sorbonne.